Introduction to the Sphere

A sphere is a solid figure bounded by a curved surface, where every point of which is equidistant from a fixed point called its center.

The sphere may be considered as generated by the complete rotation of a semi-circle about its diameter. A tennis ball is an example of a sphere. 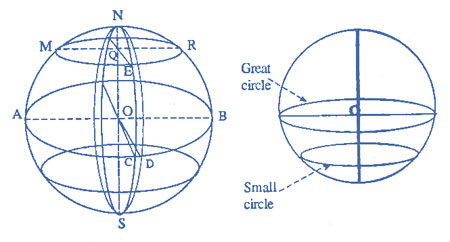